Our agency provides the highest quality services for each type of intermediary services in the wide region of Leptokarya to Chalkidiki and whole Greece. We provide free advice for all types of administrative tasks.

Our associates - engineers, lawyers and notaries provide all kinds of technical and legal advice. 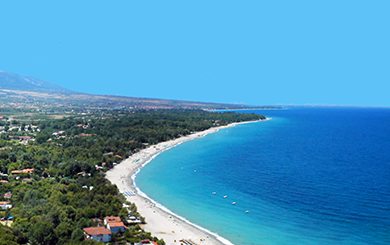 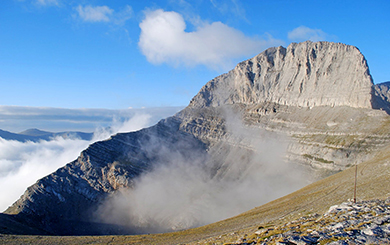 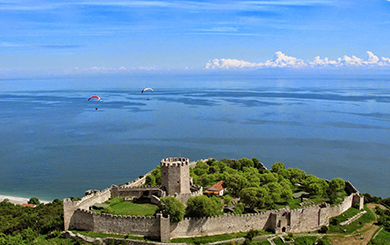 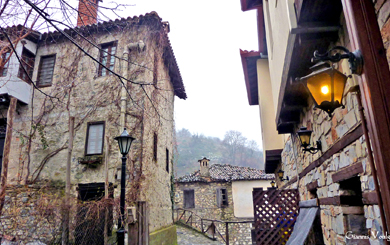 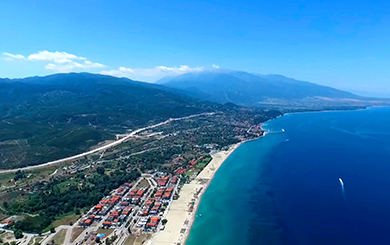 Leptokarya, a small town in the Dio - Olympus municipality, is the seat of the East Olympus district. Many of the area's settlements are spread along the Aegean coastline while others are located on the foothills of the legendary mount Olympus.

Olympus stands at 2.917 m high and is the highest peak in Greece which is why the ancient Greeks labeled the mountain as the holy residence of the Gods. Within it's shade one can find many marvelous and diverse villages. It's rather hard to visit Leptokarya and not fall in love with the place!Its location creates a unique and interesting micro-climate. Early in the morning the salty breezes of the Thermaikos gulf sweep the area heading for the mountains. As the day goes by the direction the breeze's direction reverses. One can almost taste the fresh oxygen along with all the flora and fauna that the light winds carry from the mountain. This micro-climate is the reason the area has been inhabited since the neolithic period.

The earliest settlements were created during prehistoric times (3.000 BC) such as Leibithra, the city of Orpheus and Eurydice or Herakleion, the area's major trade port. Another important site is Dion, the holy land of ancient Macedonia. Here visitors have a chance to visit the remains of the ancient city as well as the archaeological museum to learn about the civilization. It is in Dion where Alexander the great, before embarking on his remarkable journey that took him all the way to India, held feasts, celebrations and offered sacrifices to appease the Gods.

Leptokarya is also one of the area's best touristic attractions boasting a multitude of activities one could choose from. Beautiful sandy beaches, nice cafes, bars, traditional taverns, restaurants and a marketplace with many shops, super markets, pharmacies and even banks!

Serving as a starting point, one can use Leptokarya to visit the many traditional villages among the dense forests of lower mount Olympus. At a distance of about 8 km, we come across Palaios Panteleimonas. Filled with picturesque houses and taverns built right around the early 20th century, the visitor is immersed in a mixture of the beautiful view of Thermaikos gulf, the traditional Mediterranean cuisine and the winding old alleys of the village. Continuing our journey through the dense forest of pines and oaks we arrive at Palia Skotina and coming down the mountain we come to Palaioi Poroi from where we can enjoy the view of the old Byzantine castle of Platamonas. Platamonas is a nice tourist attraction with many fish taverns around it's port and close by we find Neoi Poroi stretching along endless sandy beaches. Last but not least, Litochoro, the gate of mount Olympus is a scenic town from where most expeditions start. It is located next to the beautiful Enipeas canyon and is also home to the old monastery of St. Dionysius.

Some of the other notable places one can visit are Katerini, the prefecture's central city, Thessaloniki, the capitol of the north filled with Byzantine sites, museums and many shopping centers, Meteora, the unique cluster of monasteries built on top of huge rock formations and Vergina, the ancient capitol of Macedonia.

The seller is obliged to collect and attach to a notary who will make a purchase contract, all obligatory and legally prescribed documentation of the real estate

When the buyer chooses the property and arranges with the seller the price, in order to carry out the property conversion process, the following steps must be made: